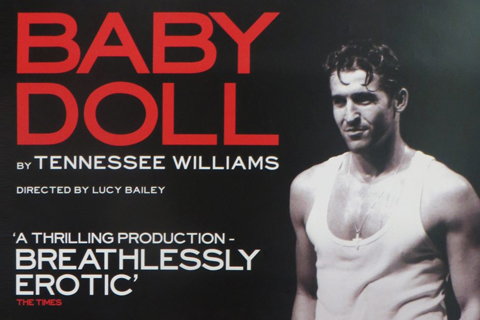 by Tennessee Williams
A Birmingham Rep/National Theatre production
in the West End at the Noel Coward Theatre, London

“The fusion of film and stage works wonderfully well and puts us back in touch with the greatest American playwright of the last century at the peak of his powers… The evening delivers a glorious affidavit to Williams and will, I promise you, be remembered as a landmark revival.” Daily Mail

Starring Charlotte Emmerson as Baby Doll and Jonathan Cake as Silva Vacarro.
Directed by Lucy Bailey and designed by Bunny Christie.
Produced at the Noel Coward by Promenade Productions and the Ambassador Theatre Group