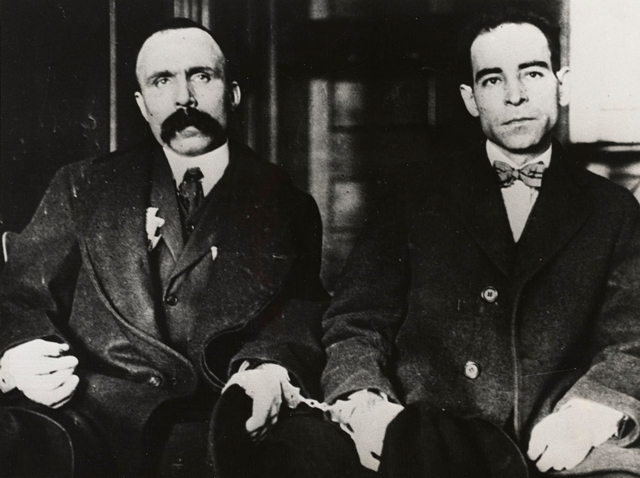 Immediately after midnight on 23 August 1927 Nichola Sacco a ‘good shoemaker’ and Bartolomeo Vanzetti a ‘poor fish peddler’ were executed in the State prison of Charlestown, Massachusetts. They had been convicted, seven years earlier, of the murder of two guards of the weekly payroll of a shoe factory. A crime they did not commit.

A long succession of disclosures, following their trial, aroused interest in their plight far beyond the boundaries of Massachusetts and even the United States, until the case became one of those rare cause celebres which are of international concern. The case of Sacco and Vanzetti is arguably the greatest miscarriage of justice the last century.

Bill Bryden’s play for radio is based on their letters and the trial testimony. It is set in the County Court of Dedham, Massachusetts, in their prison cell and in the execution chamber. This was first presented in a rehearsed reading at the Tron Theatre, Glasgow on 12 February 1997.