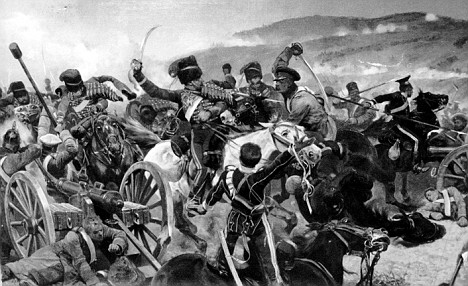 by John Osborne in a version by Bill Bryden and Michael Hastings
audio drama BBC Radio 4. The unperformed screenplay of the tragic defeat of the Light Brigade during the Battle of Balaclava in 1854.
Drama | 13 June 2002 | 88 minutes