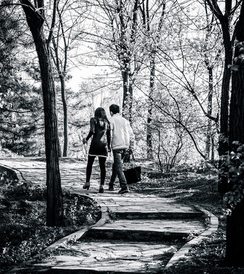 by Nick McCarty for BBC Radio 4 starring Sally Hawkins
A man and a younger woman embark on an affair with a difference in which they promise each other will not end in love, until they discover that life cannot be so simply constructed.
Drama | 2 June 2005 | 44 minutes